This page is the brochure for your selected program. You can view the provided information for this program on this page and click on the available buttons for additional options.

Cancel
Quick Facts:
Program Description:
The City
The capital of the Republic of Ireland, Dublin attained its status as one of Europe's great cities in the eighteenth century. Stretching around the wide expanse of Dublin Bay from the imposing mass of Howth Head in the north to the granite outcrops of the Wicklow massif in the south, few parts of the city are far from the sights and smells of the sea.

Dublin's cultural life is rich and varied, highlighted by many film and theater offerings including the renowned Dublin Theatre Festival, a two-week celebration of the best in Irish and international theater. With one of the youngest populations of Europe's major cities, Dublin offers an especially congenial atmosphere for students. 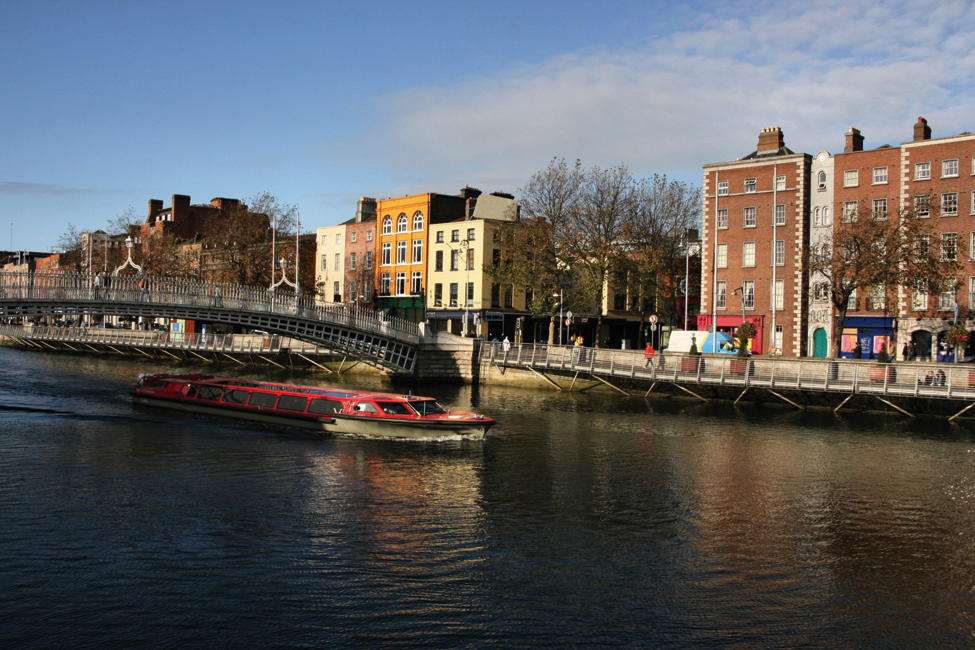 The University
University College Dublin dates back to the Catholic University of Ireland, which was founded in the mid-nineteenth century. The present university was re-established as a secular institution in 1908 and now accommodates 20,000 students, including 2,000 international students. UCD's main campus is located just three miles south of the city center. The university is academically strong across all subject areas, especially the arts, sciences, and commerce.
The Program
BC students are completely integrated into the Irish university system, taking classes alongside Irish counterparts. The program is modularized, and students select courses from a broad range of subjects.
All BC students are required to take an Irish Studies course taught by Dr. Leeann Lane. The class will carry three BC credits. It will be offered at a time to be announced and scheduled not to conflict with your other classes.

BC students will take a total of 30 ECTS (five UCD classes plus Leeann’s Irish Studies class).

Please consult the acceptance materials that UCD sends to you for the dates of the orientation. Plan to stay until the last exam date; you must remain for all of your exams.

Since 2000, BC has had a permanent base in Dublin at 42 St. Stephen’s Green, offering a little piece of BC away from home. Located in a beautiful Georgian building in the heart of the city, the Centre’s knowledgeable staff offers support to BC students in Ireland. Facilities available to students include wireless internet access, workspaces, and a television system allowing students to watch BC football, ice hockey and basketball games.

Feel free to contact the Centre staff at croninmr@bc.edu or gilien@bc.edu with questions.

Dr. Leeann Lane
BC Resident Director - BC in Dublin

Academics & Support
The staff of the International Office will provide an orientation to familiarize you with UCD. You will pre-register for your classes before you arrive and will meet with an academic advisor to finalize your registration on the day of the orientation.
Learn more about UCD course offerings.

BC students are required to live in UCD on-campus residences. Once students are accepted to UCD, they must visit this website before the deadline, to book accommodations.

Irish universities do not have meal plans but have many on-campus dining facilities as well as off-campus restaurants. Your accommodations will also have kitchen facilities.

Cultural Activities
The Dublin host universities have a large number of academic, athletic, social, and artistic clubs and societies ranging from chorale to volleyball. In addition, the BC resident director organizes many cultural activities and several trips to other parts of Ireland. Past activities have included theater outings, visits to the National Gallery and the Library of Ireland, and weekend trips to Northern Ireland.
Travel Information
You are responsible for making your own travel arrangements. In the past BC students have often used student travel agencies. These agencies generally offer competitive rates. To study in Ireland, you must have a passport that is valid for at least six months beyond your estimated return date. You may apply for a passport at any major US post office. Be sure to start this process as soon as possible as it usually takes six to eight weeks to complete.

Plan to fly into Dublin Airport. From the airport the easiest thing to do is to take a taxi to your accommodations. Alternatively, Aircoach or Dublin Bus will take you from the airport into city center inexpensively and you can take a taxi from there.